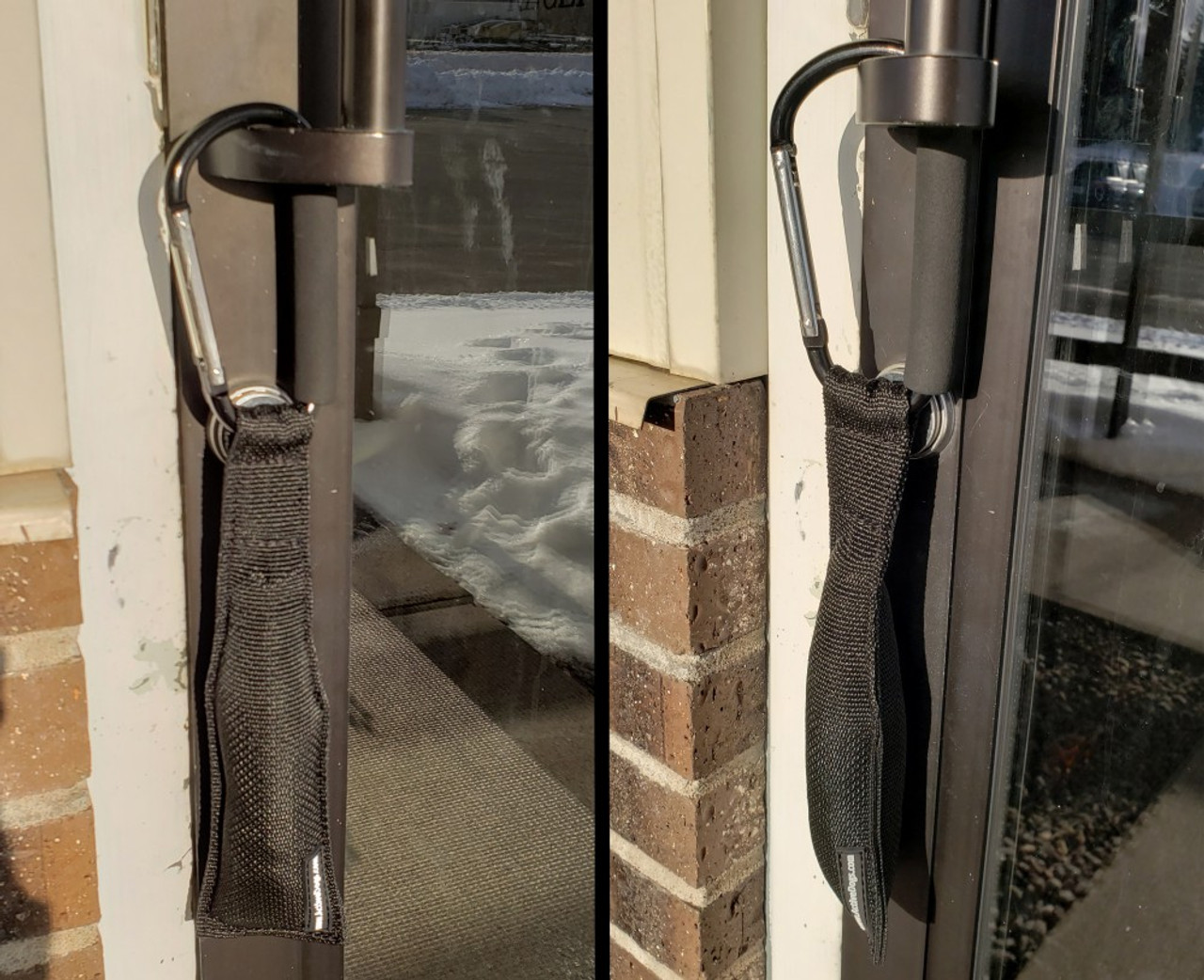 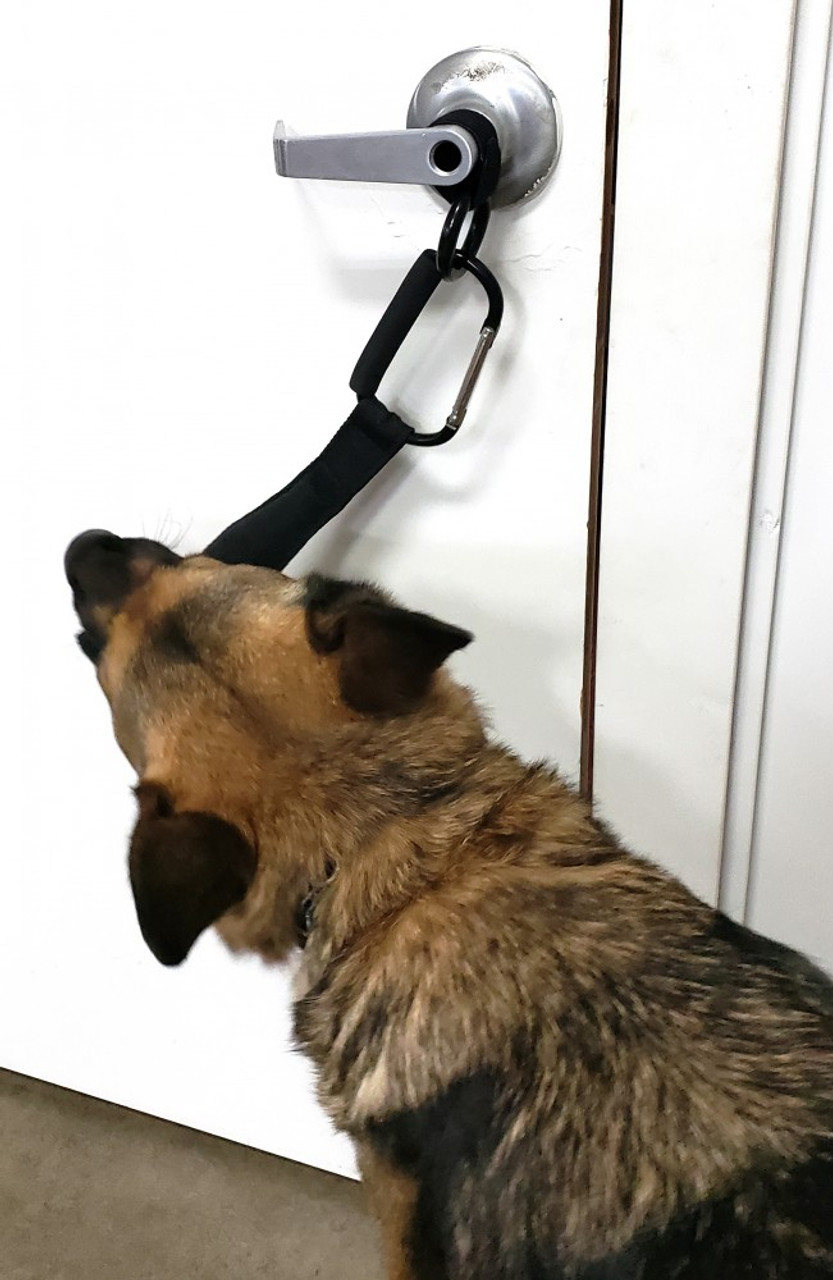 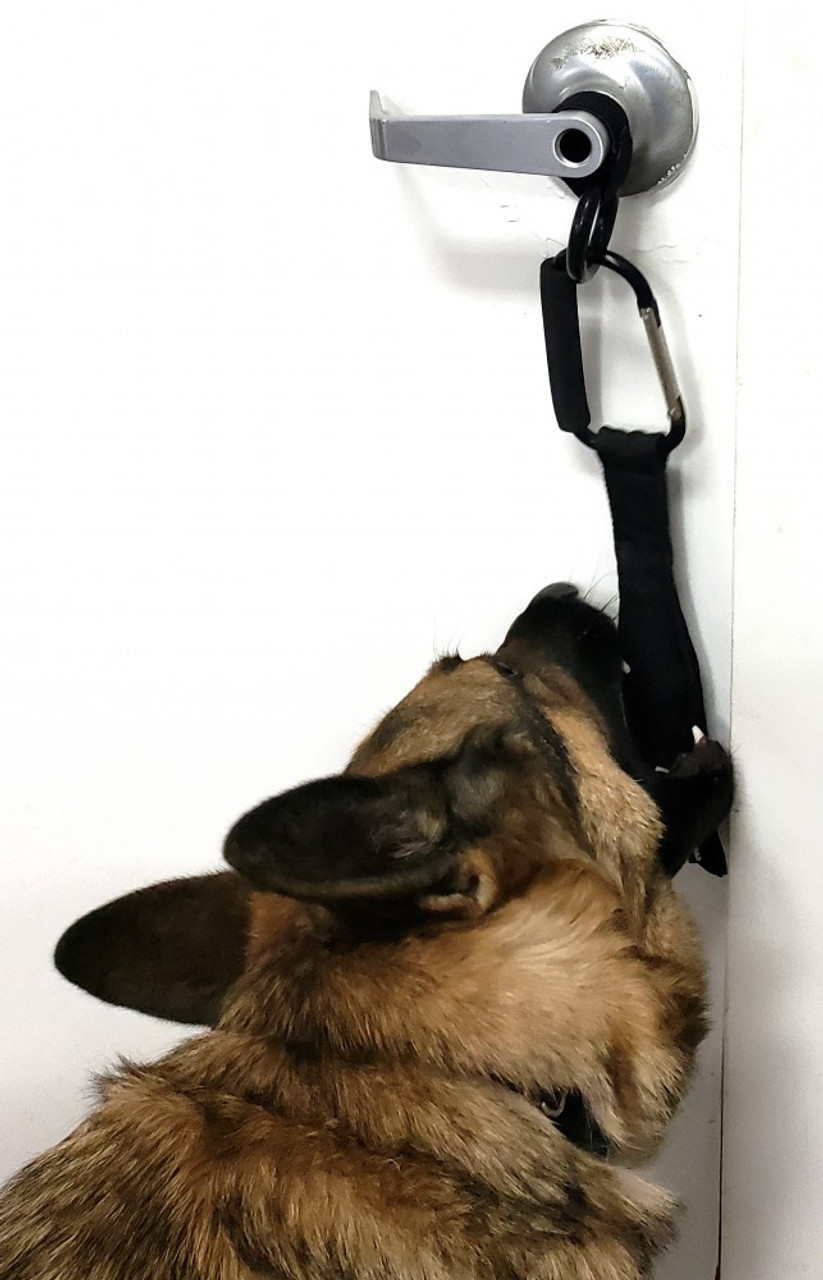 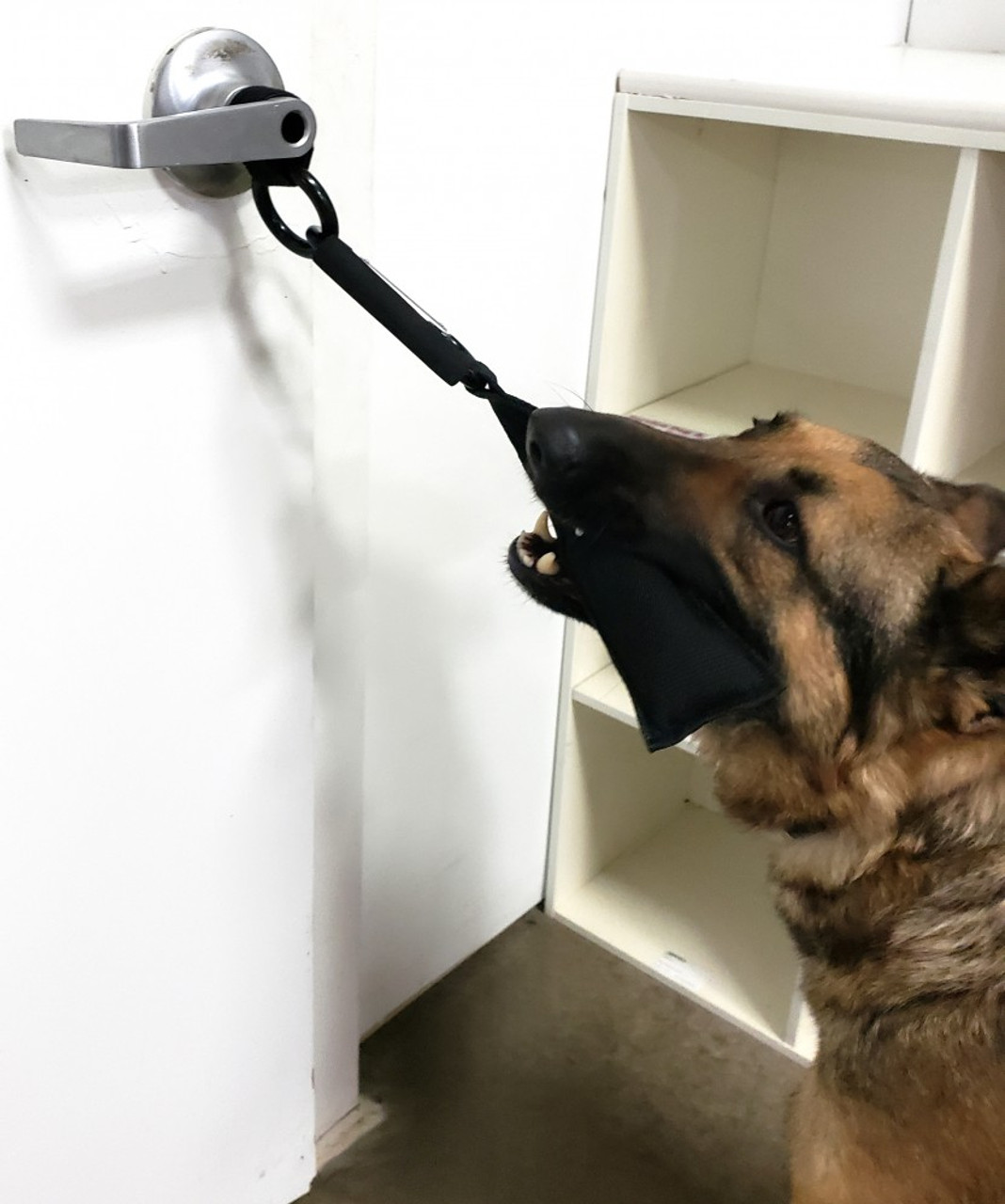 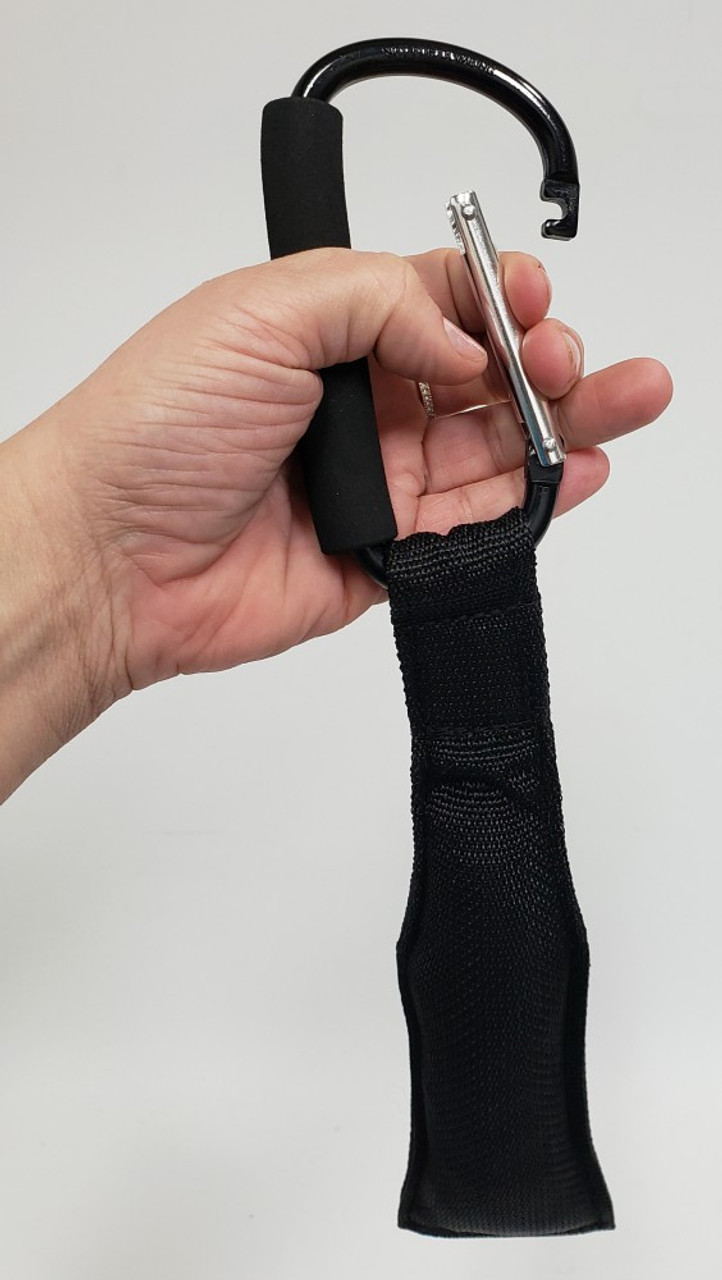 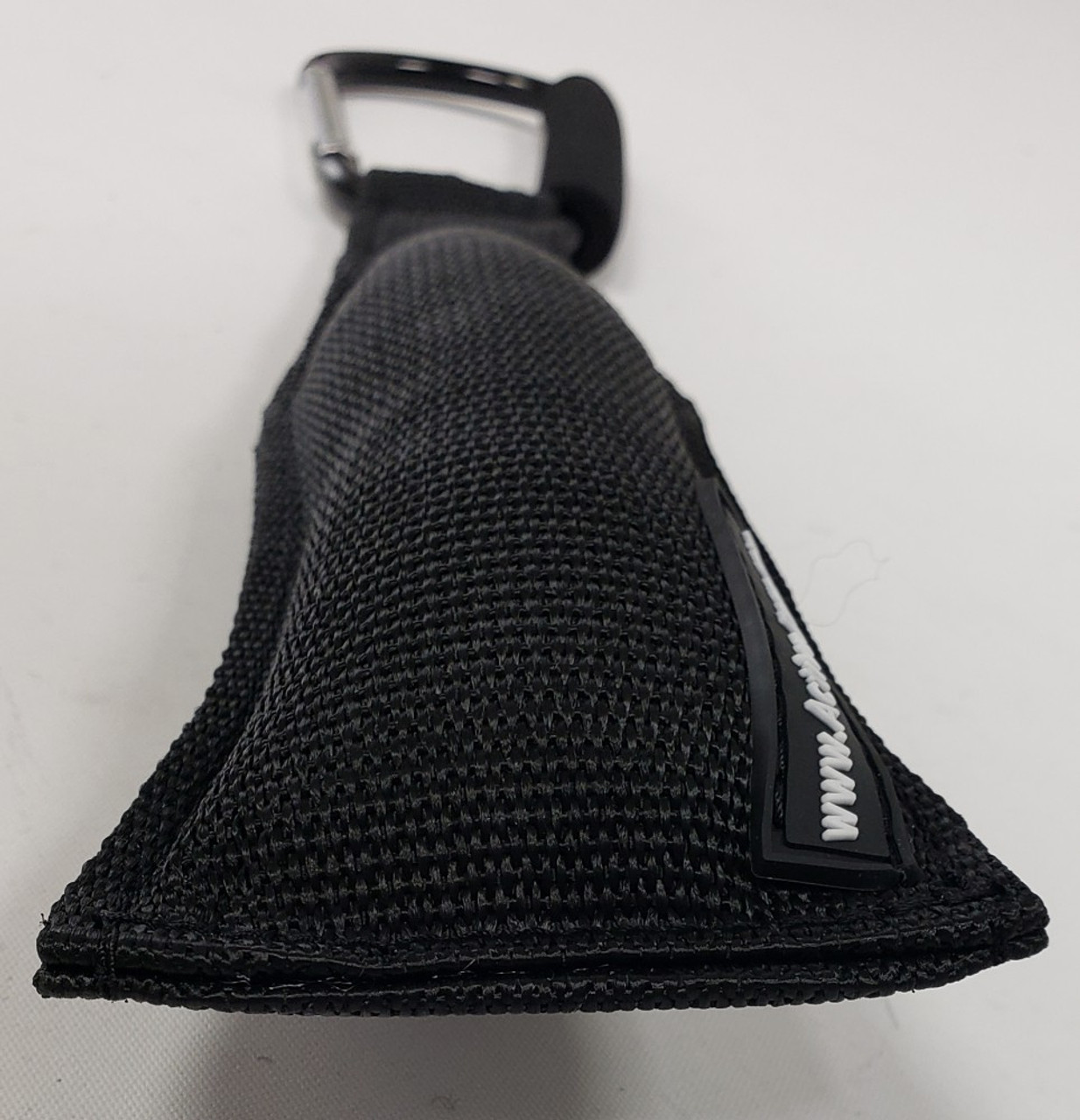 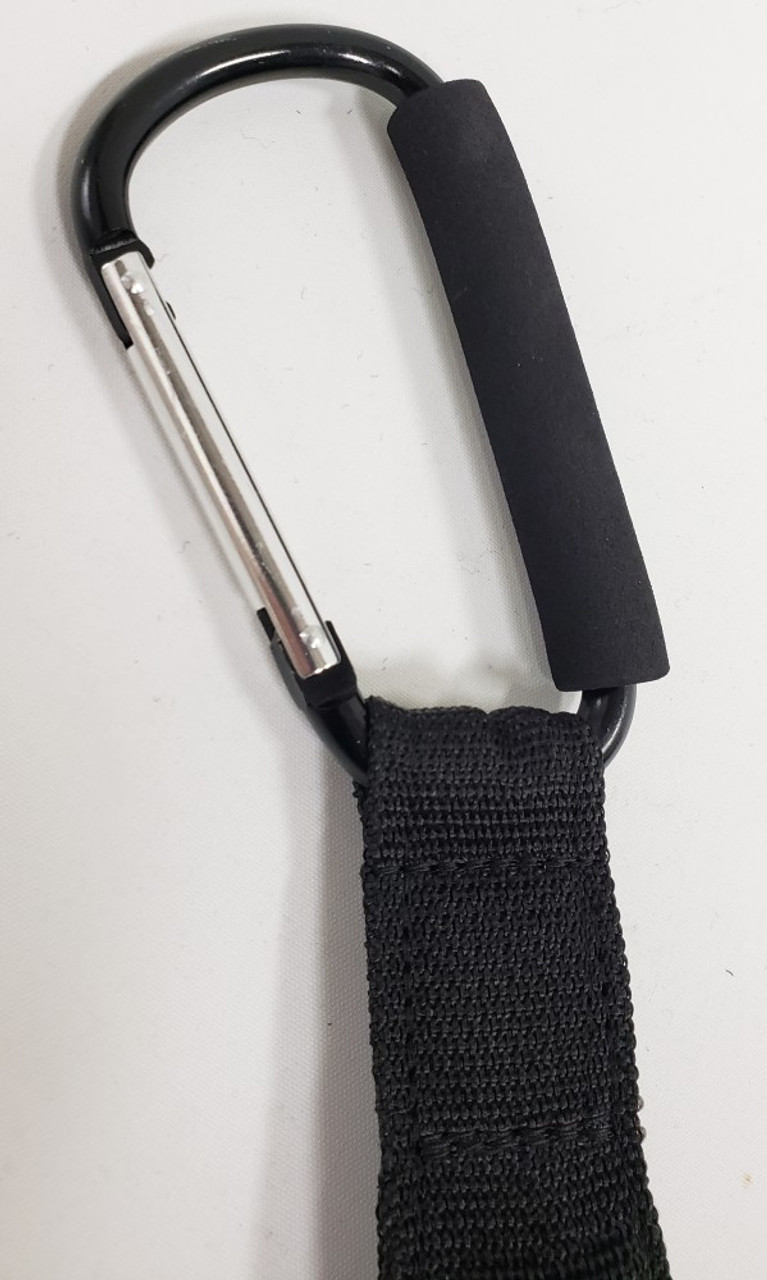 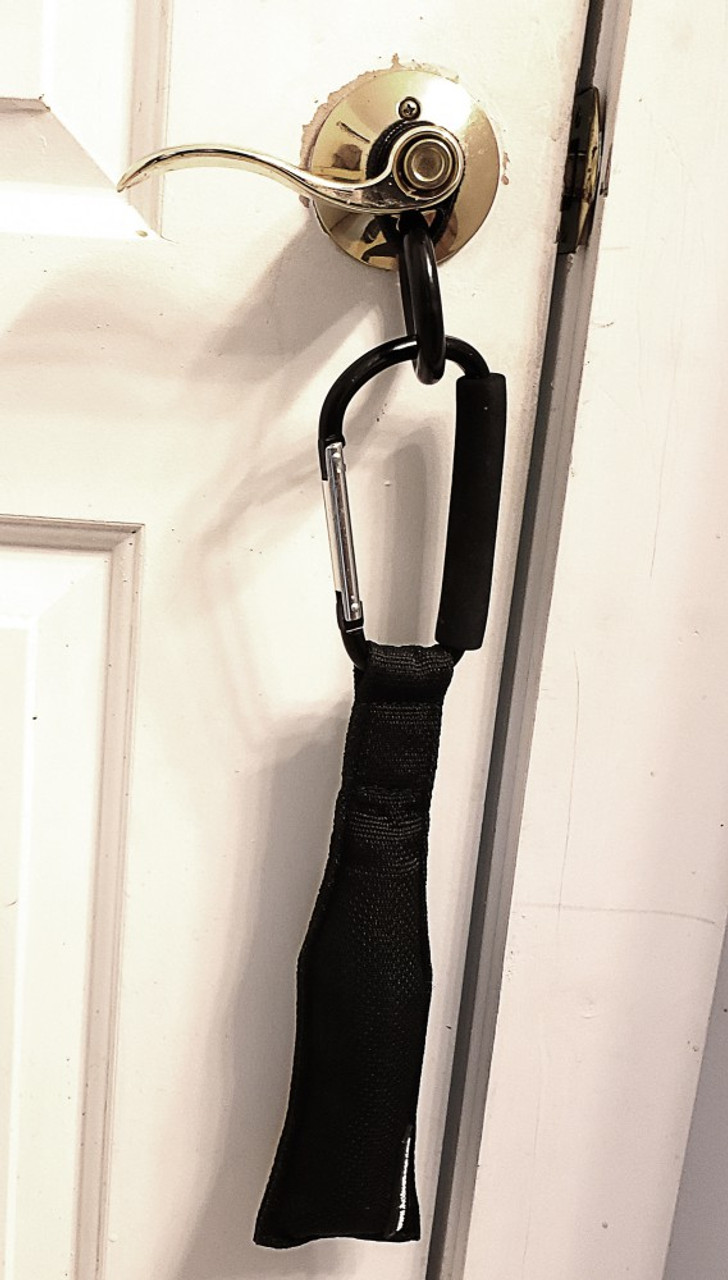 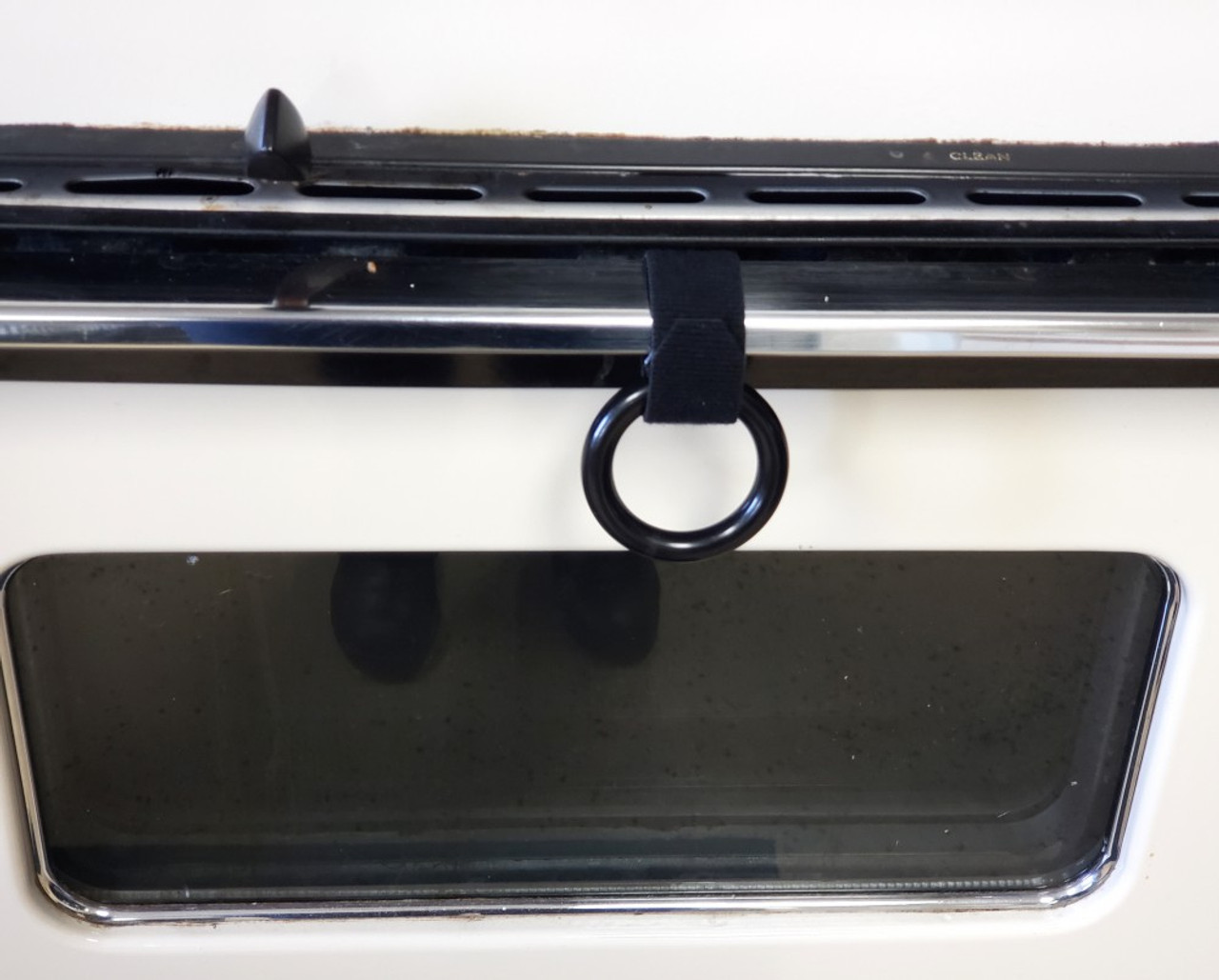 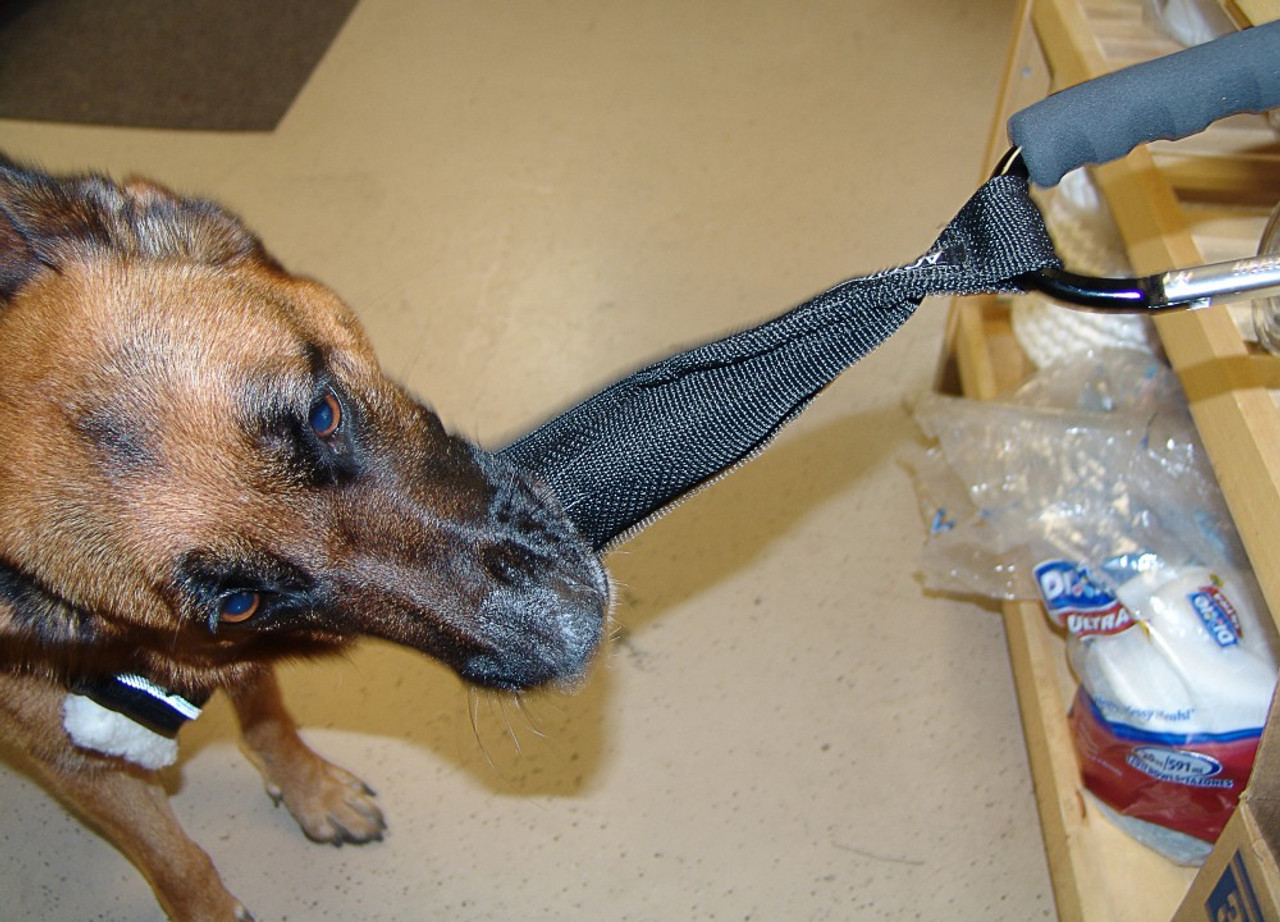 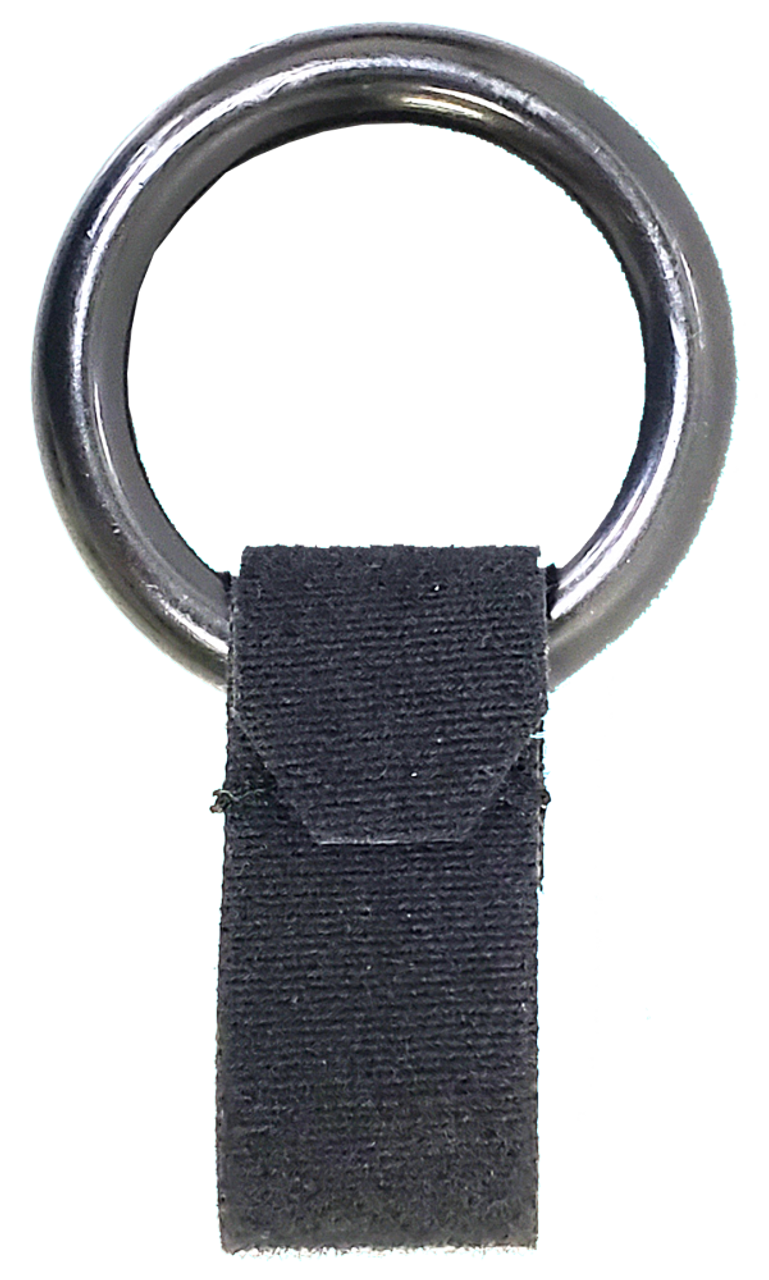 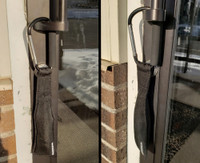 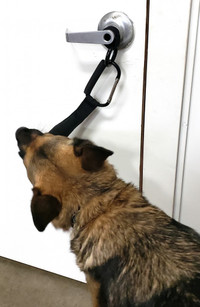 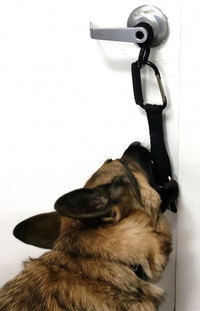 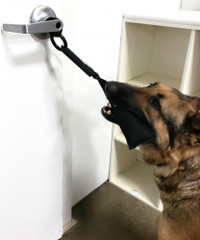 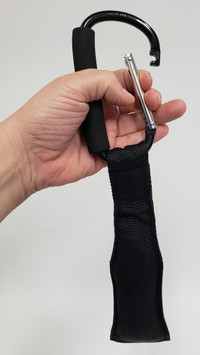 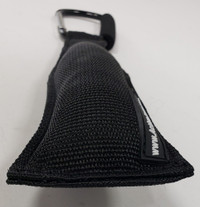 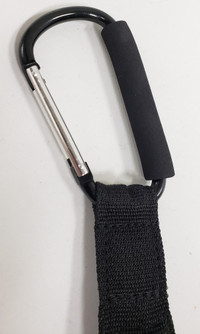 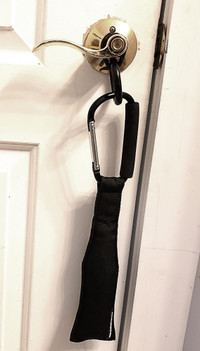 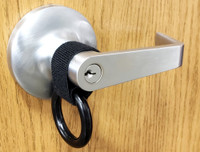 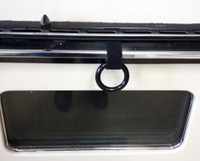 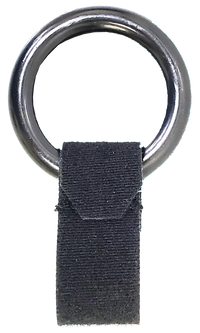 Our newly redesigned Open Task Training Carabiner now has a plastic o-ring with attached hook/loop tape to the ring. The carabiner can be used with or without this new feature. The new added ring works well on items such as a lever door handle. This ring will help the carabiner from slipping off the lever door handle which is an open end style door handle. It can be used on many items as an additional aid to the Open Task Training Carabiner.

This carabiner is still one of my favorite training tool. I use all our other open command tools but have found there are places that I needed a solid tool that would hook on with a wide opening and a narrow loop to attach to certain types of doors and drawers. Thus the invention of the Open Task Training Carabiner.

It is approximately 15 inches long and can fold in half so it will fit into a pocket or bag. The carabiner has a cushioned foam grip for your hand and the opening is wide enough to fit almost anything a dog needs to open. It is very easy to operate you just need to push the silver section of the carabiner against the door or drawer handle and it spring opens and then spring closes itself. The end of the carabiner is fitted with a black poly material soft bite tug. I have not found a dog that will not put its mouth on this material. It is non-abrasive to the dog and it won’t hurt the dog’s mouth. The tug is removable and can be replaced when necessary. This is not a toy and should never be left with the dog. Made in the USA. One Open Task Training Carabiner Accessory Ring comes with this item. Sets of 5 can be purchased additionally so the rings can be placed on and left on items that the dog frequently opens. USA Made